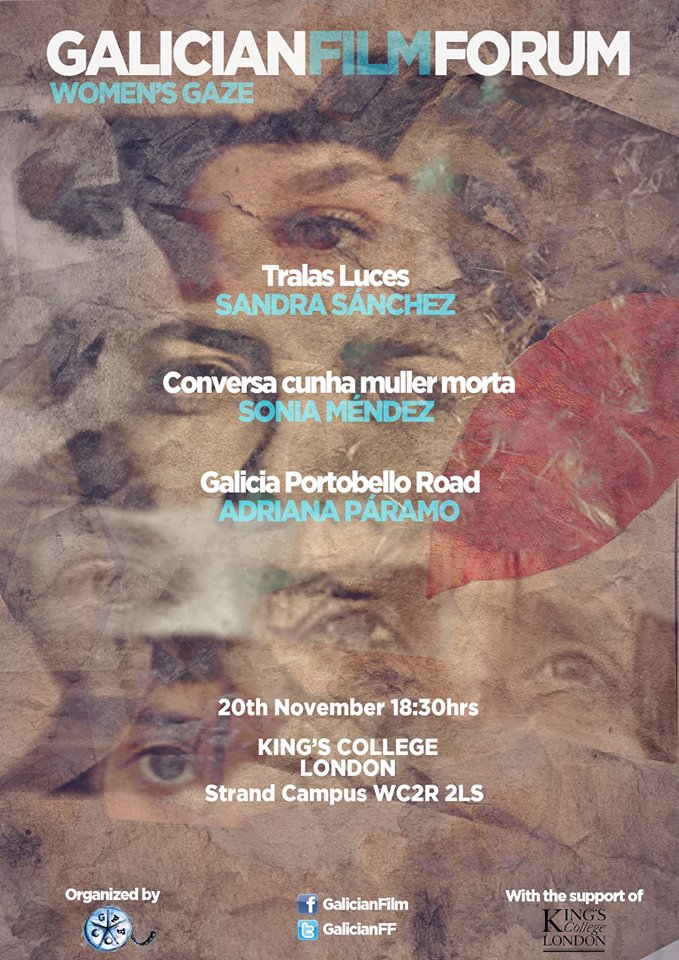 Home » Press releases » The Galician Film Forum presents the film ‘Tralas luces’, a glimpse into the nomadic life of a travelling family, in London

The Galician Film Forum’s (GFF) next event, “Women’s Gaze”, will take place on 20th November at 18:30 at the prestigious King’s College in London.

During the event, Tralas Luces, a feature-length film by Sandra Sánchez, and two short films, Galicia Portobello Road by Adriana Páramo and Conversa cunha muller morta by Sonia Méndez, will be shown. After the films, Adriana Páramo and a guest as yet to be confirmed will be invited to speak.

The three films that make up the programme for the third GFF all share the fact that they were filmed and directed by women, meaning that the female ‘gaze’ is present in each of them. The film Tralas Luces, narrated in the first person by Lourdes, follows the daily life of a family of travellers. Adriana Páramo’s Galicia Portobello Road looks at the relationship and dialogue between a mother and daughter looking towards the future of their restaurant ‘Galicia’ in London. Conversa cunha muller morta is an oneiric tale where a woman called Elena comes back from amongst the dead to offer her old partner and killer a chance for salvation.

Sandra Sánchez studied Audiovisual Production at the School of Image and Sound in A Coruña in 1991, the first year this course ran at the university. She has enjoyed a varied career in editing, working with documentaries, fictional series, television programmes, short films and experimental cinema. She has directed series for TVG including “112 Rescate” (2002) and “Rías Baixas” (2003-2004). Her documentaries include “Buenos Aires, a fronteira sur dun soño” and “Aguiño, sobrevivir al Prestige” (2003), shown on various national and international channels. Her feature-length film “Tralas luces” won the Mestre Mateo awards for Best Director and Photography in 2012.

Adriana Páramo studied Audiovisual Communication at the University of Santiago de Compostela and then moved to London to study the Masters in Filmmaking at the prestigious London Film School (2015). Her first piece “Illa Pedra” won several awards at festivals like Ourense International Film Festival and Bragacine. In 2012 she moved to Poland to work as a producer in the Fundacja Projekt: Kultura. Her latest piece “Galicia Portobello Road” (2015) has just been shown at the Festival de Cans (O Porriño) and at the Portobello Film Festival (London). She is currently working as a producer for ORAMA.TV and she combines this with her commitment to organising the Galician Film Forum, of which she is a founding member.

Sonia Méndez has a multidisciplinary training behind her. She studied at the School of Image and Sound in A Coruña and at the Centre for Cinematographic Studies in Barcelona. She finished her training at the International School of Cinema and Television in Cuba. She then pursued a postgraduate qualification in Interpretation and Dramatic Art at the University of Santiago de Compostela. She co-produces, scriptwrites and acts for the web series “Angélica y Roberta” which has won a Mestre Mateo award as well as prizes at other festivals. She has directed several short films including “Perversa Lola”, “Leo y Mario (se dejan)”, “As Damas Negras” and “Conversa cunha muller morta”, the last two winning Mestre Mateo awards for Best Short Film. Her most recent acting work was in “El sexo de los Ángeles” directed by Xavier Villaverde. She is currently directing the festival “Carballo Interplay”, the first festival for web series in Spain, and she manages WOSINC, a festival celebrating audiovisual and musical content in Santiago de Compostela.

The GFF is an initiative that came into being spontaneously at the beginning of this year when a group of Galician emigrants in London joined together to share their profound interest in Galician culture. The GFF aims to create a showcase for Galician cinema in London.

The first event held by the GFF happened on 20th March in King’s College and the feature-length film Encallados by Alfonso Zarauza as well as the short films, 1977’ by Peque Varela and Curricán’ by Álvaro Gago were shown. After the success of this event, it was decided that a second would be held.

The Galician Film Forum will continue to serve Galician cinema in three ways – as an exhibition platform, as an insight into the new audiovisual creative diaspora in the United Kingdom and as a space for a universal reflection on cinema and Galician culture.