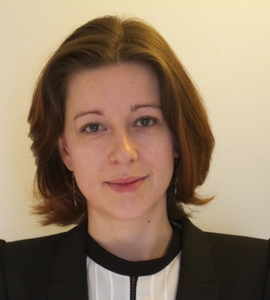 When she finished her studies at the Escola de Imaxe e Son in A Coruña, Maria started to work on Galician audiovisual products, working on the first series of Libro de Familia. In 2009 she moved to Barcelona where she studied a postgraduate course in Line-producing at the ESCAC and worked on a number of short films. She also worked in marketing, cinema and television fiction while in Barcelona.

When she returned to Galicia, she worked in production at Cinemar Films and then worked at TVG. Between 2012 and 2016 she combined her professional career with further studies in Audiovisual Communication at the University of Santiago de Compostela. After graduating from the USC, she moved to London in pursuit of new experiences. She started working with the GFF before moving to the UK as she has always been concerned by the lack of visibility of Galician audiovisual culture and wanted to do something to change this.