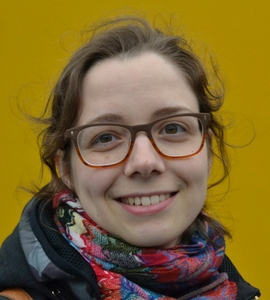 Born in Baio (A Coruña), Beatriz has a degree in Audiovisual Communication from the University of Santiago de Compostela and an MA in Audiovisual Production and Management from the University of Coruña. She was an intern at the Centro Galego de Artes da Imaxe-Filmoteca de Galicia- and on the series Matalobos. With four other colleagues she founded Compás da Costa in 2012, a culture magazine for the Costa da Morte. She wrote for the magazine until it closed in 2015. She has also spent time in Poland working with a communication team in Wroclaw, the European Capital for Culture.

She arrived in London in January 2015 to carry out an internship at no.w.here, a collective of artists who work with experimental films. She joined the Galician Film Forum when she arrived in London to share her interest in Galician cinema and help to promote the project.