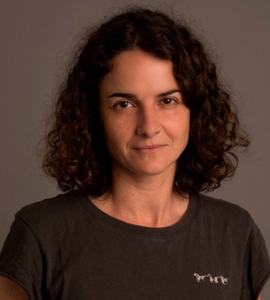 Bea holds a degree in Organic Chemistry. She started a PhD, but dropped it, telling her supervisor ‘it’s not you, it’s me’ and dedicating herself to journalism instead. Her training in both spheres means that she can work in scientific journalism and so she has been working with the Astrophysic Institute on the Canary Islands and is in charge of the scientific section on the Creativa Canaria website and the health platform PyDeSalud.

In 2012 she moved to Santiago de Compostela where she continued to work as a freelance journalist at the same time as integrating herself with Galicia. In 2015, like many Galicians, she moved to London. She will be in London for a while now and being part of the GFF gives her a way to keep her morriña for stone-walled bars and friends who drink Estrella Galicia at bay.