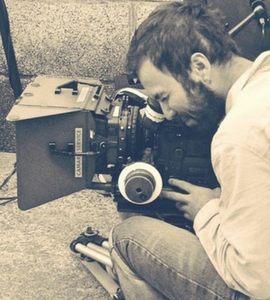 Álvaro graduated with a degree in Audiovisual Communication and Piano before moving to Chicago where he studied acting and theatre direction in North Park University. In 2009 he moved to London and began to work with cinema at the Met Film School’s Ealing Studios. Two years later he become an MA Filmmaking student at London Film School.

While at London Film School, Álvaro edited the documentary Skin and the fictional short film Lipstick. Both films have won various awards at different cinema festivals across Europe and in South America. In 2013 he graduated from LFS with his short film Curricán which won the prize for Best Direction at the Curtocircuito International Short Film Festival and the award for Best Film at the Festival de Cans and the Spring Festival held by Cine de Vigo. Curricán has also been screened at festivals like Málaga and IBAFF. Currently, as well as working as a freelance editor in London and Barcelona, he is preparing production for his next short film Matria which will be filmed in Galicia in February 2017.

Back to Who we are